ATLANTA, April 18, 2017 /PRNewswire/ -- SunTrust Banks, Inc. (NYSE: STI) has promoted Arnold Evans to a newly created position as enterprise ethics officer.  In this role, Evans will further ensure that the company's business practices and risk culture are consistent with its values and purpose of Lighting the Way to Financial Well-Being. Evans will report to SunTrust Chief Risk Officer Jerome Lienhard. 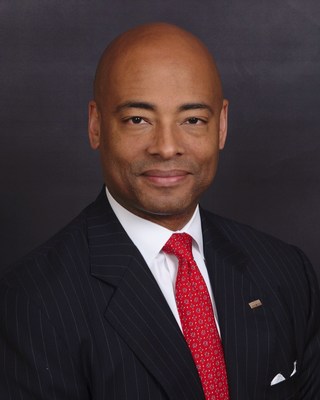 "Operating our company responsibly and in the best interests of our clients are the hallmarks of how we do business at SunTrust," said Lienhard. "Creating an enterprise-wide, executive role to enhance existing efforts, formally demonstrates our commitment to those values. Arnold's experience and dedication to our purpose and clients make him uniquely suited for this new role."

Evans most recently served as Central Florida Division president for SunTrust in Orlando.  Prior to that, he was regional president for SunTrust in Jacksonville, Florida.  He joined SunTrust Robinson Humphrey (STRH) in 2005 and held positions in equity capital markets and equity originations, including managing director and head of real estate and industrials equity capital markets originations.

Evans previously served as vice president of equity capital markets at JP Morgan from 1995-2005. He is a graduate of the United States Military Academy at West Point, and earned his JD/MBA from the University of Virginia. Evans served to the rank of captain in the U.S. Army, and held various leadership roles in the U.S., Europe, and Middle East.